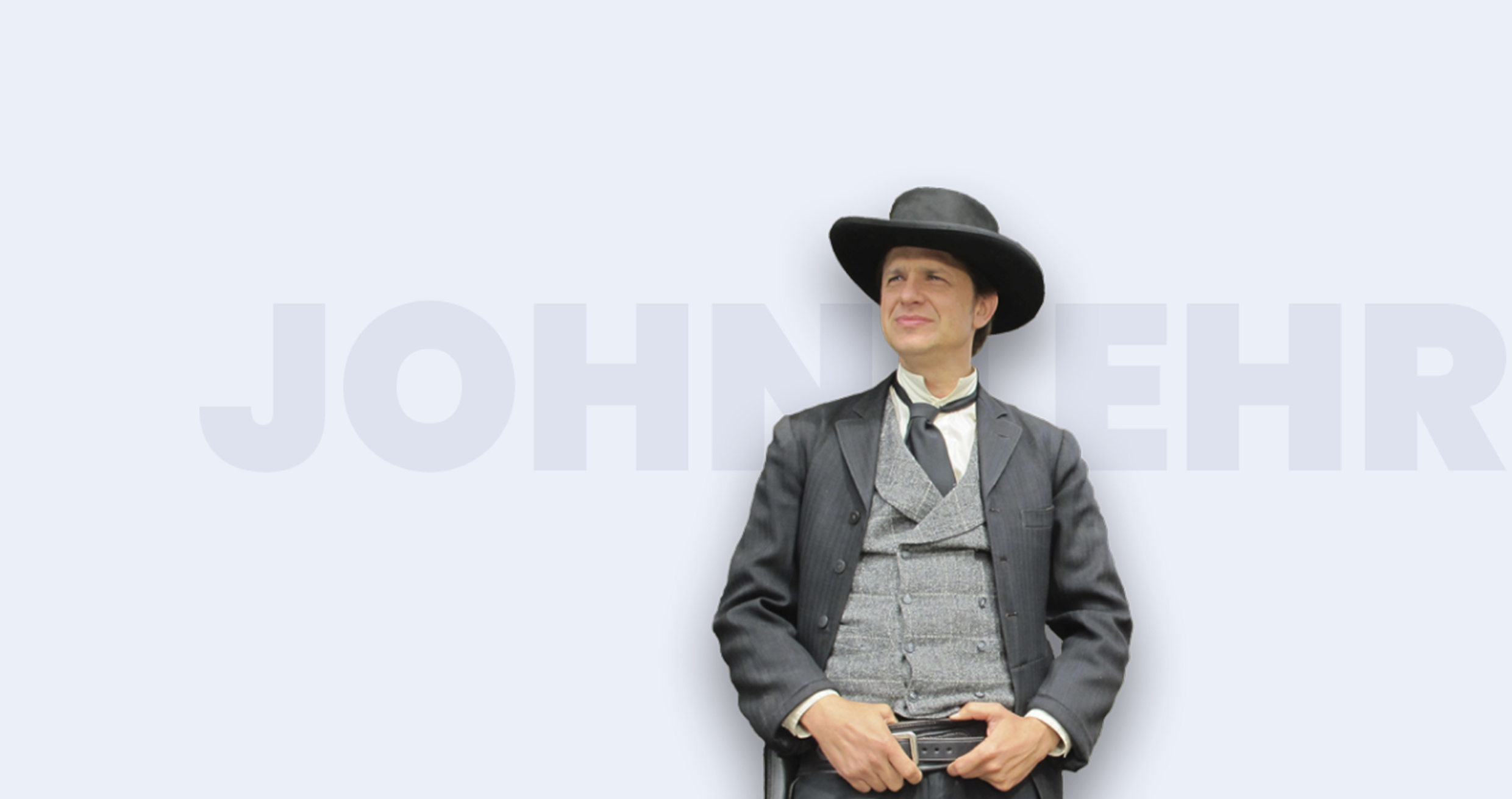 One of the original Geico cavemen, Lehr also starred in "10 Items or Less" on TBS and on Hulu's original comedy western "Quickdraw." Lehr co-created, wrote and executive produced both series.

John got to play a Geico caveman, a prisoner, a grocery store manager and even a cowboy on the boob tube! More importantly, he hosted a show with Heidi Klume

“JailBait” is an original limited series set in a men’s prison for Crackle produced by Sony Television (10 episodes).

John is also a seasoned Host, Master of Ceremony and Toastmaster.

John Lehr speaks openly & hilariously about his struggle with drugs and alcohol, his twenty plus years of sobriety and his career in entertainment. 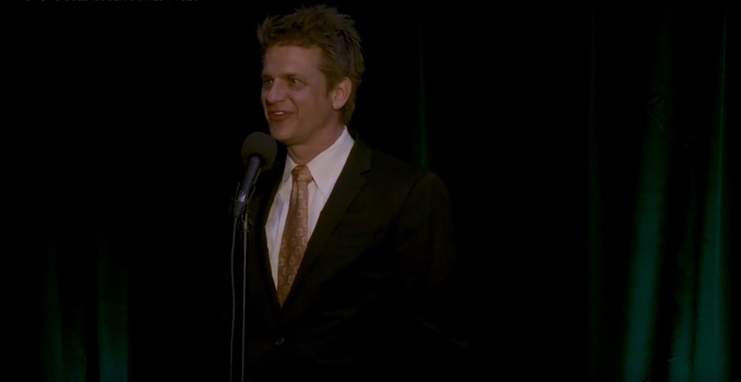 John Lehr has headlined Caron Treatment Center’s Sober St. Paddy’s Day Comedy Night for two years in a row and brought the house down both times. Hundreds have enjoyed Lehr’s imaginative mix of humor that alternates between bawdy and brainy, inspired and slapstick. Lehr weaves together over-the-top stories of his seemingly endless “rock bottoms” that literally leave you laughing so hard you miss half of the story. He combines physical humor with dramatic pauses and the kind of narrative story-telling hilarity that comics today should do more of – John Lehr’s show is ridiculous and true and resonates with those who are sober, those who aren’t, and those who should be.

With 20 years experience pitching, writing, showrunning, producing and acting John is available to help you develop and pitch your projects. Whether you are are new to the biz or looking for some new insights, have your people call John’s people… or just click below (probably more efficient).

Working with John is an absolute joy, he is very talented and has accomplished a lot in his career, but he is always willing to help in anyone in need of his expertise at any level. I highly recommend him as you will be getting the best mentor out there

For more information and to book john

My daughter is having a clothing pop up! I’m so

Hmmm? Oh nothing just me having fancy lunch with w

Had a blast judging the antelope Valley comedy fes

Come join me THIS WEEKEND and support LIVE comedy!

Thrilled to be appearing at the Antelope Comedy Fe

Live comedy! I highly recommend you take your vaxx

#earlsweatshirt just made my son’s life

Last week I had the pleasure of performing and MCi

Happy birthday to Gary Busey who took this pic wit

Sound check with the amazing Nancy Zintak for toni